In the thermal baths of Kyllini, in western Peloponnese, is situated “Olympia Riviera Resort”. Set on a 500-acre wooded estate bordering the sea, “Olympia Riviera Resort” consists of five distinct environments that flow into each other: Mandola Rosa suites & villas, Olympia Oasis, Olympia Riviera Thalasso, Elixir Thalassotherapy Center and Olympia Convention Center. The design challenge was to create a completely integrated resort with a distinctive architectural character for each component of the development. Grecotel redefines the concept of the boutique hotel with the stunning Mandola Rosa – a name inspired by the cloud of pink that envelopes Ancient Olympia when the almond trees gloriously blossom in the sacred grove. Mandola Rosa conjures the glamour of Europe’s Belle Epoque and has the easy, dreamy air of an aristocratic summer villa of the Riviera.

Olympia Riviera Thalasso was carefully located to maximize the existing topography for sea views. Olympia Oasis, on the other hand, was designed to recreate the aesthetics of a ‘modern’ village, and Elixir Thalassotherapy Center is a striking example of Greek classic architecture. The hotel’s design, with its porticoes, broad terraces, meticulously landscaped grounds and cascading pools, was carefully chosen to deliver a divinely peaceful and stylish destination. 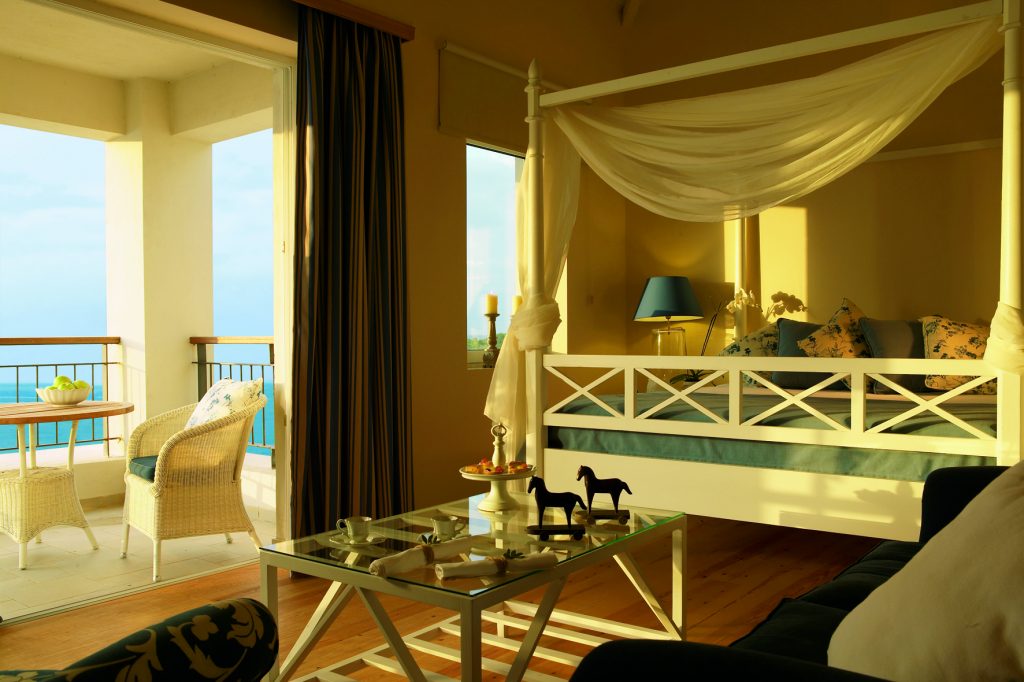 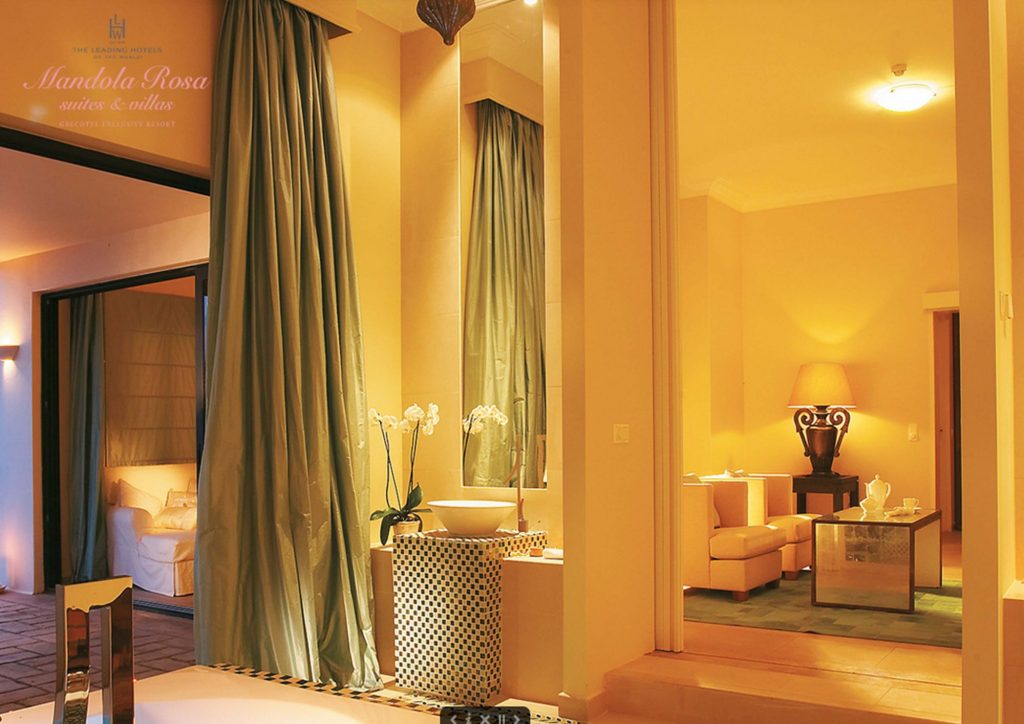 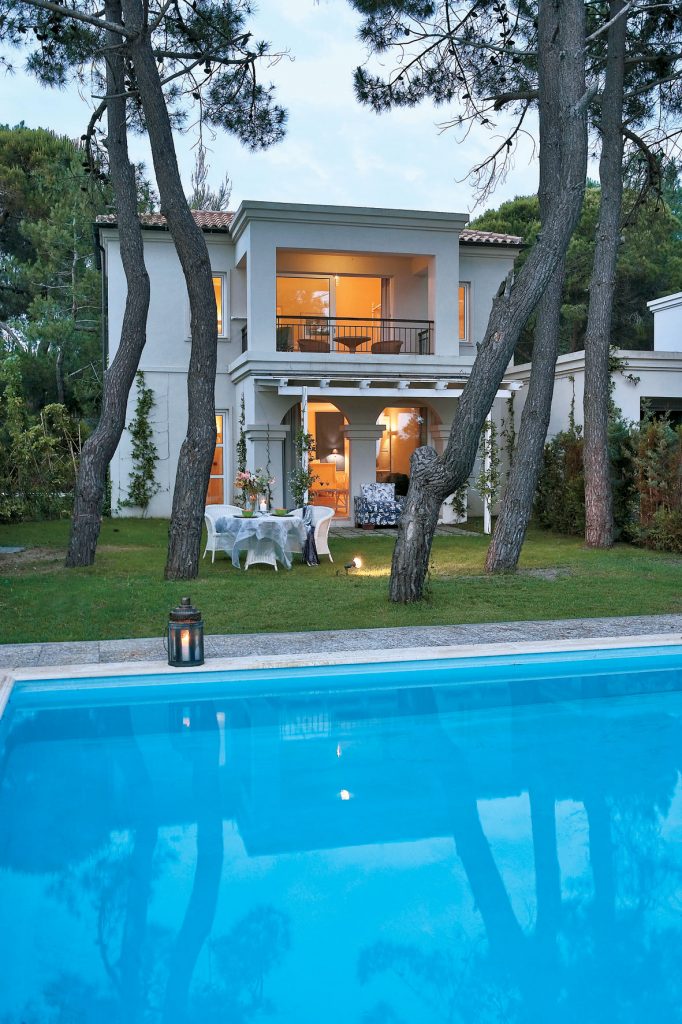 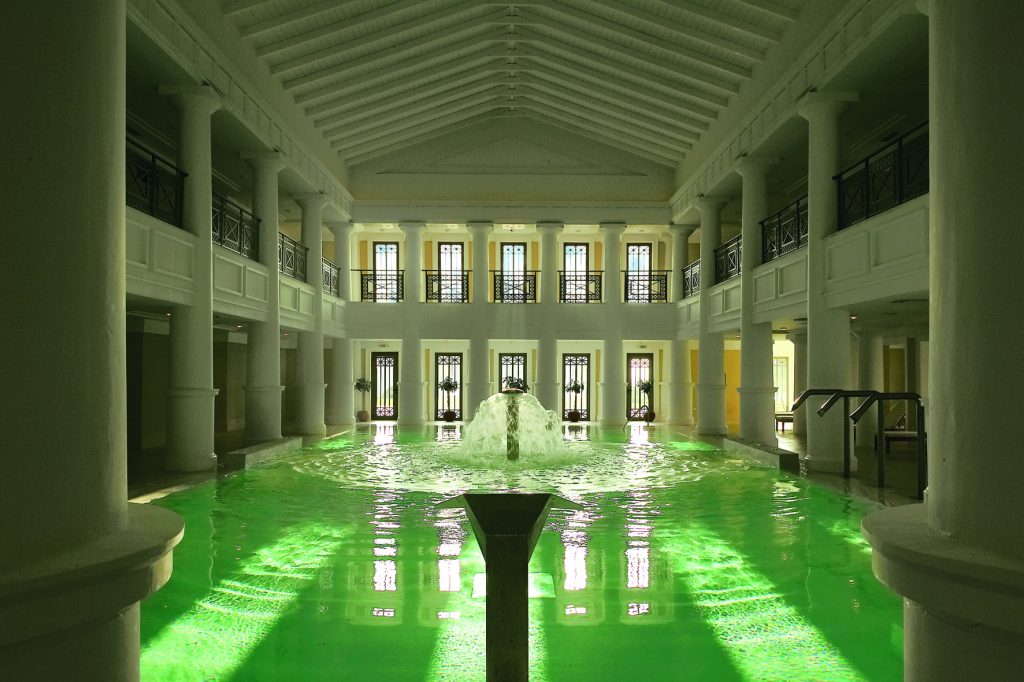 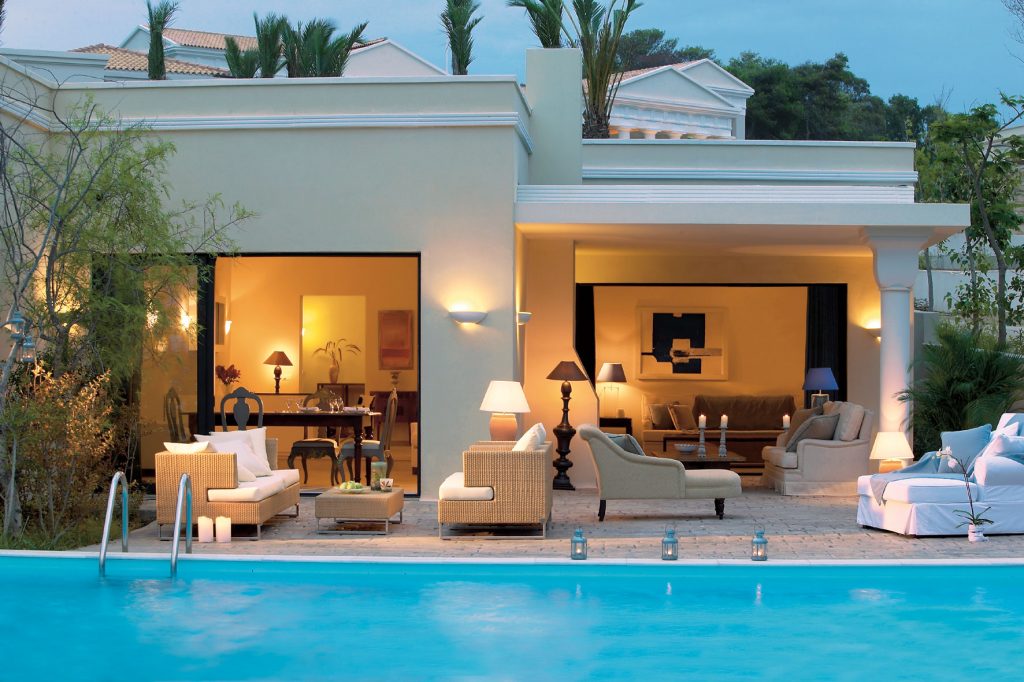 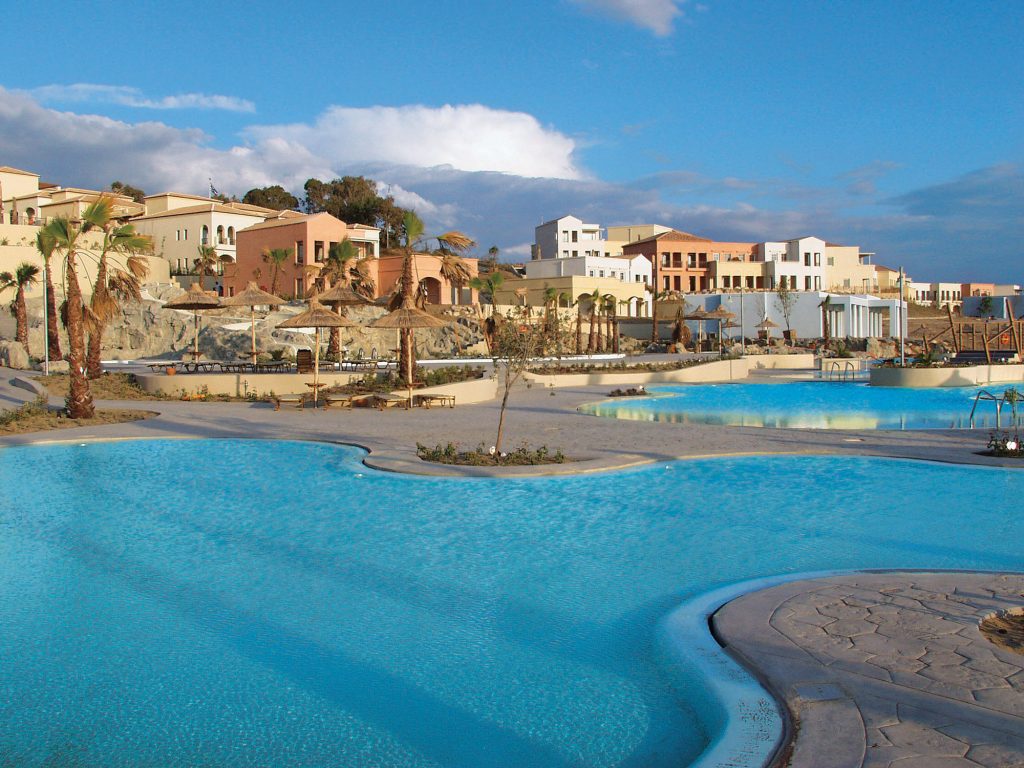 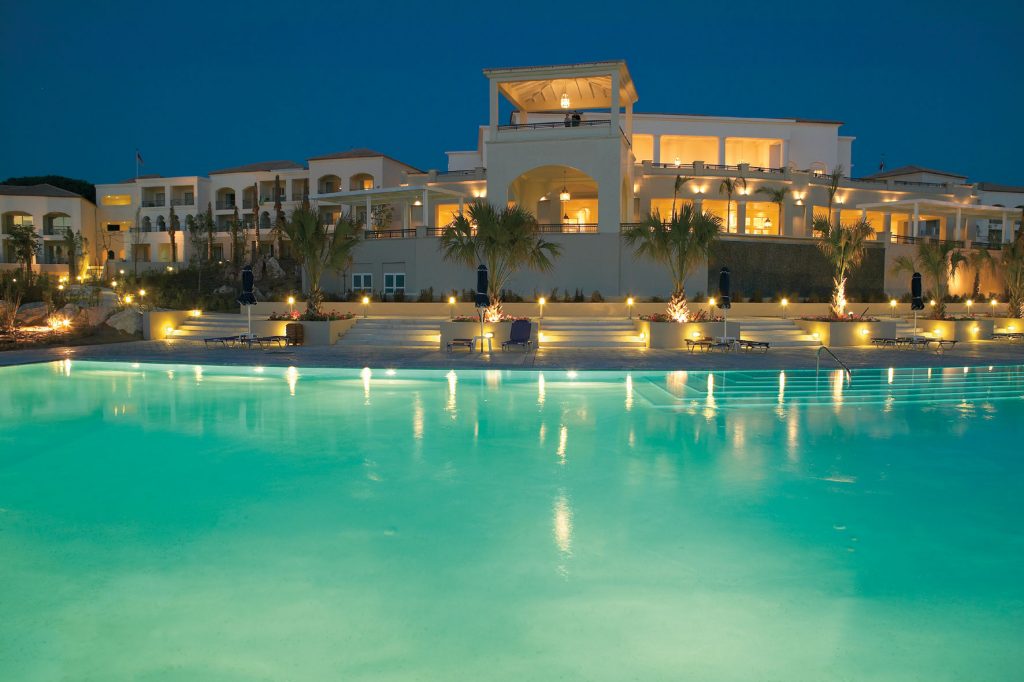 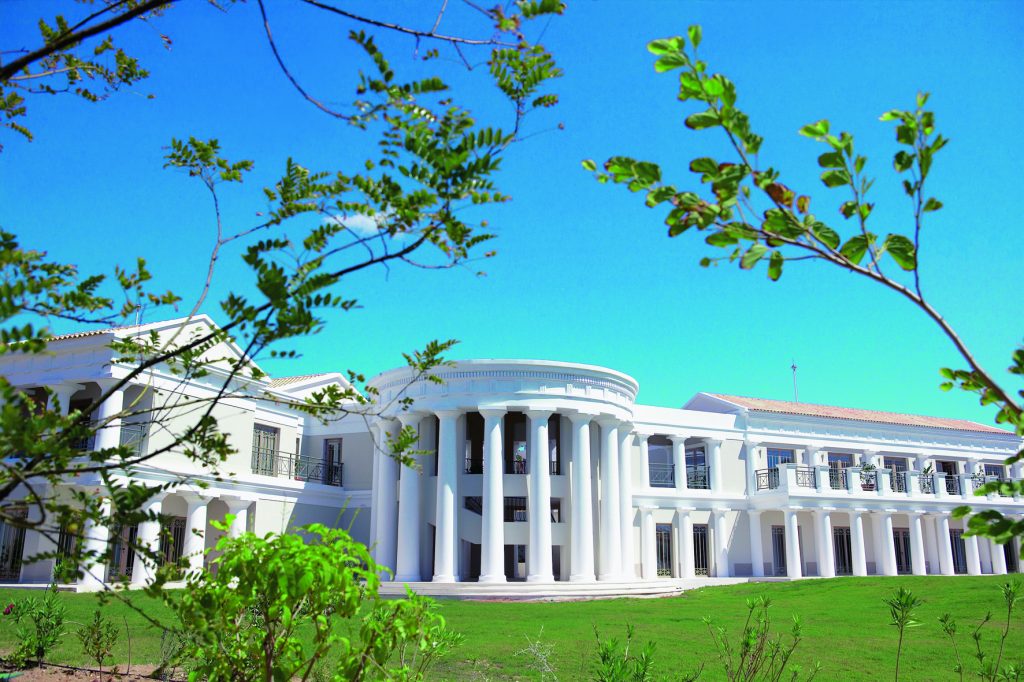 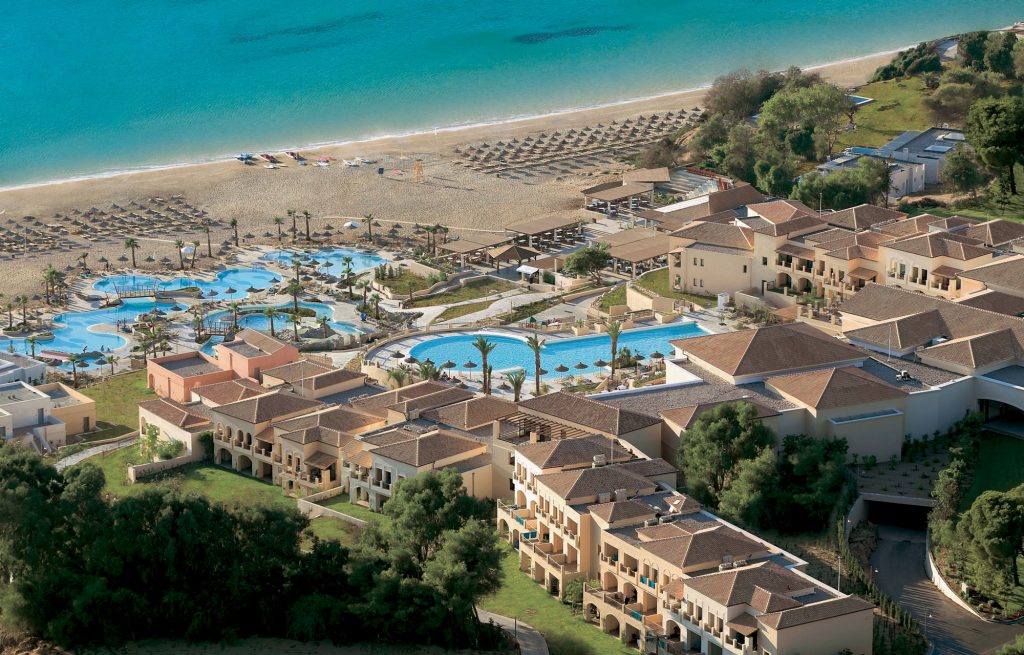 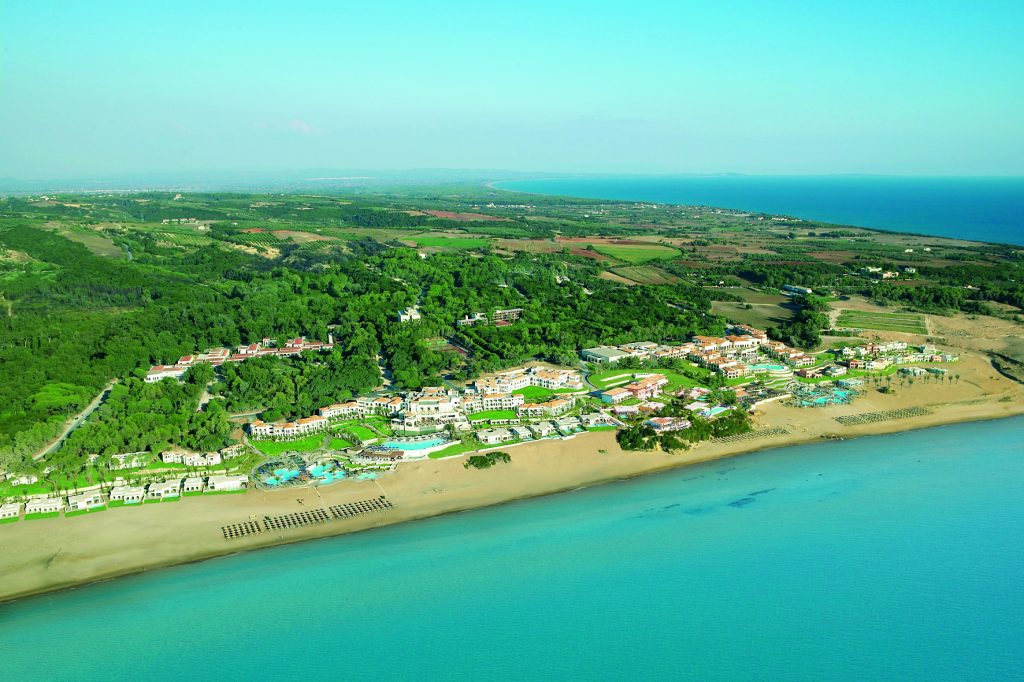 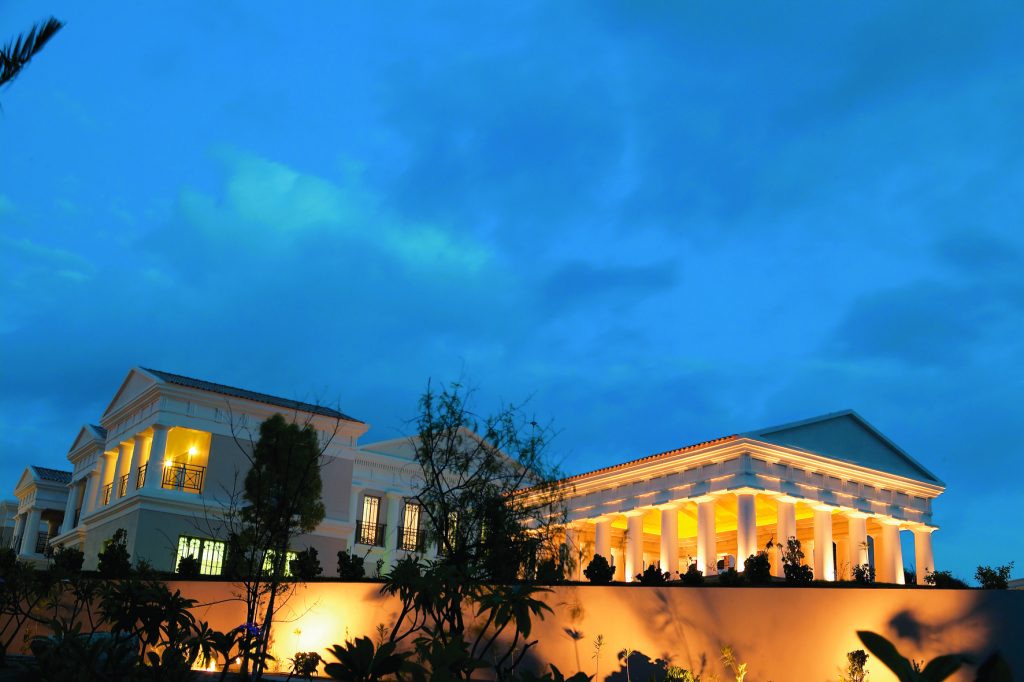 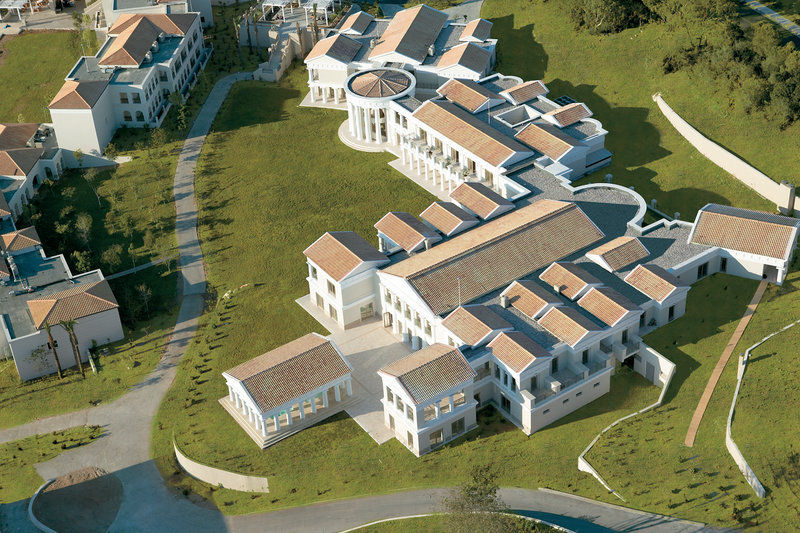 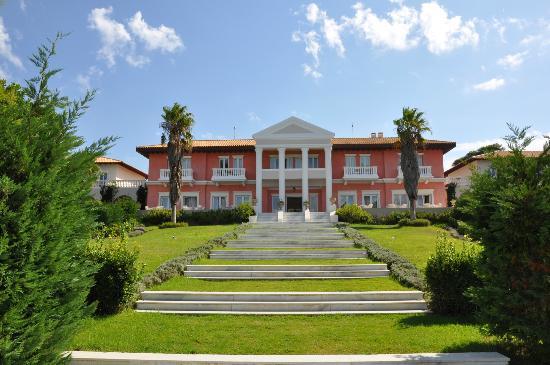 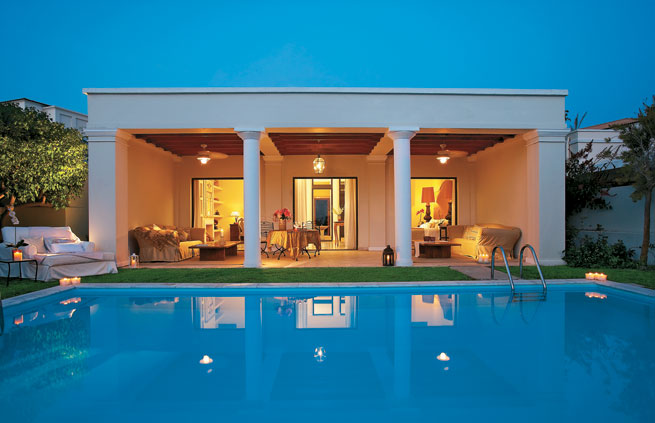 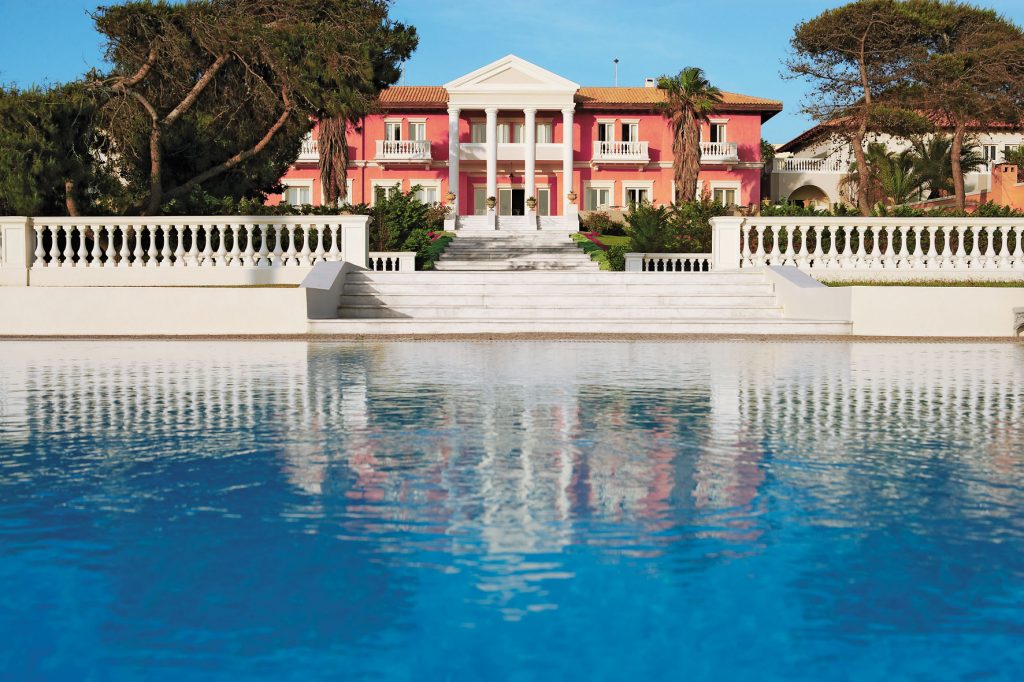